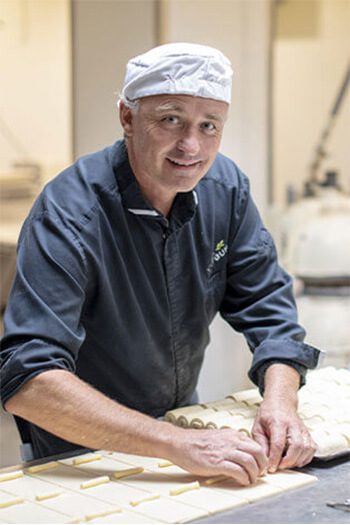 Yves Guns is never not improving his bread

The artisanal baker is constantly honing his craft by researching grains and techniques. That’s how he found out about einkorn wheat, one of the oldest grains on the planet, which he uses to make sourdough bread.

During his quest for the supreme sourdough he also stumbled upon Respectus Panis (which means ‘respect bread’ in Latin). It’s a non-traditional method of making bread that uses as little yeast as possible. The secret ingredient? Time. It takes him about 24 hours to bake a loaf. But the whole process of making it feels almost therapeutic, according to Yves. And so does eating it, according to us.